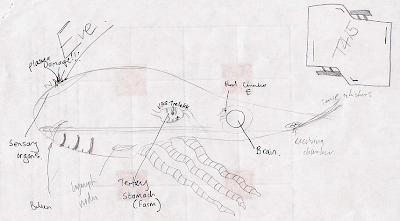 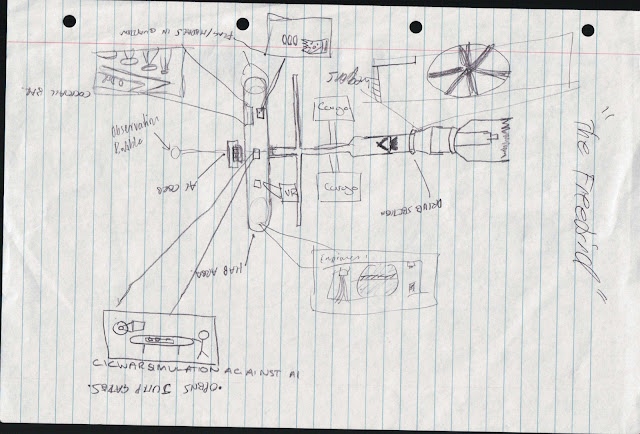 This is a pretty much blow by blow account of a Nanoworld game by  taking about two hours at London Indiemeet.

Clones first memory is of waking up in a cold steel container.
Clones are engineered to serve.
Clones work in an arms factory.
Clones last dreamed of roiling chrysanthemums of flame.
Uniques only have one gender, male or female.
Clones in the factory
There has been an explosion in the factory and some of the clones have died.
Clones can help other clones but it is risky.
#54 was having his own ideas about the experiments
The unique fire crew is summoned.
The fire crew might discover the weapons had been tampered with.
Clones will be deleted if the tampering is discovered.
The medical lab is fifty floors down.
The medical lab is where they "improve" clones, the thought of going back is terrifying.
Clones cannot tamper with the security system.
Tampering with the security system causes the clones to vomit.
The fire crew will notice that one of the clones is malfunctioning.
Clones cannot lie and will confess their lie immediately afterwards.
Clones are analysed when they malfunction.
Clones can analyse other clones but it is risky.
#2491 will go to the medical lab and analyse #54.
Clones are implanted with internal radios that allow them to communicate with one another.
Clones cannot kill uniques.
Clones can stun uniques.
#54 is not a clone. It is the original seed-stock Zero and killed.
#54 to take its place.
This clone series was designed by clones.
Clones can hack computers.
Clones subdue the medical lab staff.
Clones subdue the fire crew.
Clones were designed to neutralise the world armouries.
Clones take control of the facility.

The clones are greeted as saviours by uniques and clones alike as they shut down the global weapon programmes and leave the weapons factory. With no weapons the terrible war that has ravaged the planet has ended.

Posted by Robert Carnel at 12:48 No comments:

Posted by Robert Carnel at 22:03 No comments: